Southend-on-Sea is a coastal resort town in Southeastern Essex. It lies on the north side of the Thames estuary, and it is about 30 miles east of Central London.

Southend began life as a few fishermen’s huts and farms as part of the village of Prittlewell. The town began to develop in 1790, and then in the 19th century, a combination of royal visits and the arrival of the railway developed Southend into a popular Victorian holiday destination. This popularity continued until the post-war years when cheap package holidays to Europe diverted people’s attention to different holiday destinations.

Much of the town centre was redeveloped during the 1960s and Southend was home to one of the UK’s first electronic telephone exchanges. Also home to the longest pier in the world at 1.3 miles, a railway runs the pier’s full length in the summer season. During World War II, the pier was famously used to act as a departure point for the Royal Navy.

The town has also been used in other productions such as ‘Malice in Wonderland’ and ‘Hard Boiled Sweets’ so has plenty of claims to fame!
Thanks to the strong rail links direct to London, the Southend-on-Sea region is now viewed as a prime commuter town for London professionals. Education standards are high, property prices are affordable, and there is no shortage of things to do. Whether it’s Westcliff-on-Sea, Old Leigh, Thorpe Bay, Shoeburyness, Gt Wakering or Prittlewell, finding a new home in Southend- on-Sea is made easy. 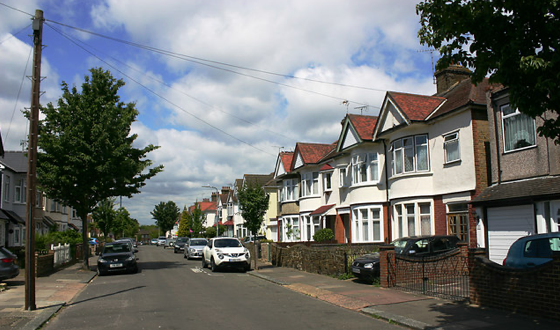 Southend offers a range of properties dating from the Victorian era and the decades that followed. There is plenty of modern building and flats and apartments. Its proximity to London also makes it a very popular commuter town.

For a quieter way of life away from the busier central area of Southend on Sea, Gt Wakering offers lots of open countryside and properties ranging from period to modern designs. Westcliff on Sea also has a similar range of houses on the market. The town centre is home to contemporary apartments and flats, with those offering seafront views being the most sought after. In Thorpe Bay, the properties range from luxury high end with estuary views to more modest, easy to maintain bungalows and contemporary apartments close to the station.

The 2011 Census gave the population of Southend as 175,547*** Two-thirds of Southend’s population is aged between 18 and 64 despite the common perception that Southend is a town that people retire to. In fact, the affordability of property in the Southend on Sea region makes it an attractive proposition for London commuters unable to afford to buy in the capital. In particular, Leigh-on-Sea attracts young families who work in London and are looking to find an entry point on the property map. Some have also compared the Southend region to Shoreditch due to the trendy, chic vibe that has emerged in recent years.

Schools and Colleges in Southend.

Southend has some ‘Outstanding’ OFSTED rated schools including Bournes Green Junior School and grammar schools of Southend High School for Boys (and the sister school for girls) together with Westcliff High for Boys and Girls. 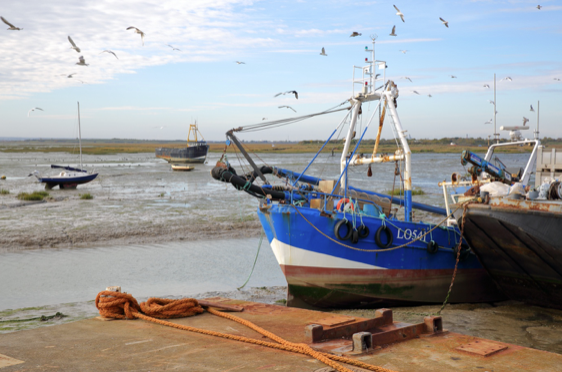 Southend on Sea is a famous seaside town with all the usual bars, cafés, arcades and shops you’d expect on the seafront with Adventure Island always proving popular. There are excellent entertaining venues including The Cliffs Pavilion and the legendary 500-seater Palace Theatre which put on live shows and events all year round. Marine Gardens offer a serene and beautiful retreat from the bustling seafront.

Old Leigh is home to cockle and shellfish boats bringing in produce sold locally, and Belfair Woods is an ancient woodland with over 1,000 years of history.

Sailing is a popular pursuit along the coast from Leigh on Sea to Thorpe Bay, and the historic garrison in Shoeburyness dates back to 1849. In Prittlewell, you’ll find Priory Park that features sports courts and fishing lake and Prittlewell Priory built during medieval times and is now home to a local museum.

Shopping Facilities and Leisure in Southend. 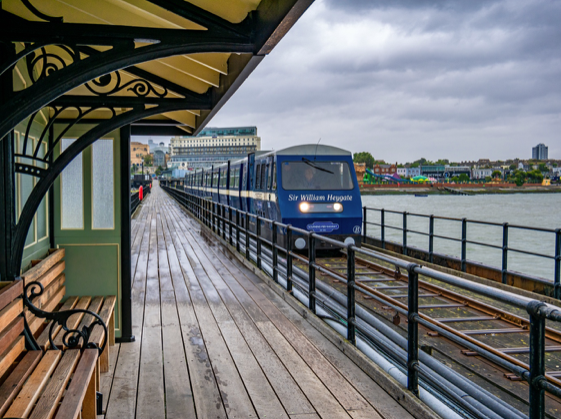 The Victoria and The Royals are the two main shopping centres in Southend, both offering big-name retail brands and many supermarkets.

Belfairs Golf Course is set next to the district’s beautiful woodland, with 18 holes to enjoy. Thorpe Hall Golf Club is another that comes highly recommended, while there’s also a tennis club and several award-winning beaches.

There is an Odeon multiplex cinema for film fans, and the Beecroft Art Gallery has over 2,000 works in its collection. Head to the Roslin Retreat in Thorpe Bay for luxurious spa treatments, and there’s a PureGym and Anytime Fitness for workout sessions.

Pubs and Restaurants in Southend.

Westcliff-on-Sea is home to the always popular Italian restaurant La Pizzeria, with Padrino offering similar authentic Mediterranean cuisine. Barru Turkish Grill is always busy, and Pieno Lleno is a highly rated Mexican eatery. The Boatyard in Leigh on Sea serves terrific food and cocktails accompanied by live music, and Ocean Beach has a glass dining room overlooking the estuary. Mawsons Micropub is recommended for real ales, and The Crooked Billet in Leigh on Sea is a must-visit.

A £500m regeneration project will see 1,700 new residential homes built alongside plazas, green spaces and pedestrianised areas.
The Clifftown Shore project plans 51 brand new apartments and penthouses built on the seafront, and the complex will feature a restaurant, cocktail bar, gym and terraces. 120 new homes are set to be built in Gt Wakering, 110 of which will be houses.

Both Victoria and Central train stations in the heart of Southend on Sea are easily accessible.

There is a direct service from Shoeburyness to London Fenchurch Street which takes just under an hour, with trains from Southend Victoria into London Liverpool Street taking a similar amount of time. The journey to Basildon takes 20 minutes.

Buses are frequent and cover the while of the Southeast Essex.

London Southend Airport is just a 10-minute drive from the town centre which connects to several major European airports.

Abode Estates are local area property experts for Selling, Letting and Property Management of residential property. Please contact us for more information and advice on 01702 719191 or property@abodeuk.uk

“A big thank you for all your time and effort to get us in our new home. I know it was as stressful for you at times as it was for us.”

“Thank you Jeffrey for all your help in the process. It hasn’t been the most straightforward process during these strange times, but you and your team have been great in making the sale happen.

Mum is now excited to complete and move into her new home in early January.”

“Dear Jeff, Sue and all at Abode,

Thank you so very much for helping make our dreams come true! We never thought all this was possible from our modest terrace

“Thank you for all you did and finally getting my property to completion.

I really appreciate all you did”

“To all the staff at abode,

Thank-you very much for looking after us, your kindness, means a lot to us.

Enjoy your biscuits and mince pies

From Phillip and Heather

A big thank you for all your time and effort to get us in our new home. I know it was as stressful for you at times as it was for us”

Thank you for working so hard for us, for all your time, your kindness, and your knowledge. You rock!!”

“To Rob at ABODE,

Thank – you so much for all your help, we really appreciate your help and your kindness, you sold our house very quickly to a lovely family.

We can not thank you enough”

From Heath and Philip

“Thank you for all the hard work and effort you put in towards selling my flat, its much appreciated.

A big thank you goes to Jeffrey, Barb and Sue for your long team help and support over the years. You made the letting process smoother and helped massively when distance could’ve been more of a problem.”

My special thanks for all your efforts with my move into 97.
Polite, friendly, professional and you have made this process stress free and I really appreciate it